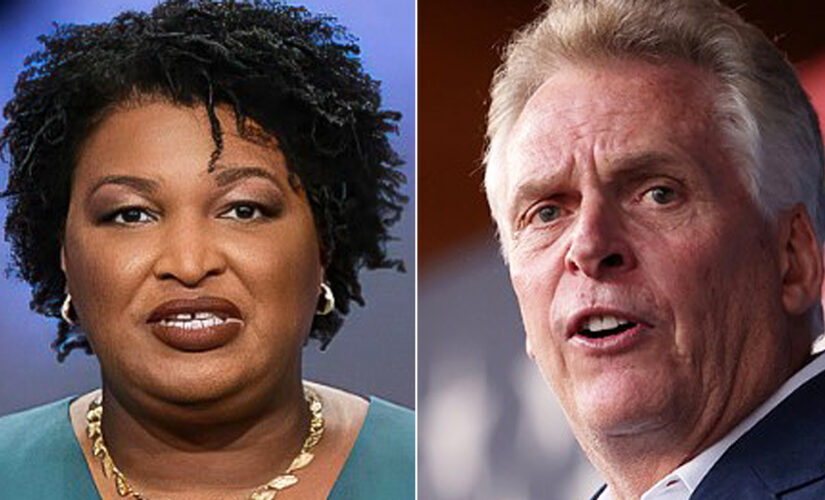 Democrat Stacey Abrams campaigned for Democratic Virginia gubernatorial candidate Terry McAuliffe at Black churches in Norfolk, Va., on Sunday. Abrams narrowly lost the Georgia gubernatorial election in 2018 and has used that defeat to position herself as a voting rights advocate.

Second Calvary Baptist Church and Faith Deliverance Christian Center turned their pulpits over to Abrams, who endorsed McAuliffe and touted her religious bonafides as the daughter of pastors, according to the Associated Press.

“I am the daughter of not one but two pastors,” Abrams told Second Calvary Baptist Church congregants, who were required to show cards proving their vaccination status.

NY GOV HOCHUL SAYS VACCINES ARE ‘FROM GOD,’ SENDS OUT HER OWN ‘APOSTLES’ TO PUSH JABS

Geoffrey Guns, the pastor of Second Calvary Baptist Church, wore a black T-shirt that read “VOTE” and preached to his congregation that the Virginia gubernatorial election is “a very important election.”

Sharon Riley, the pastor at Faith Deliverance Christian Center, told Abrams that “we now see that God had a plan” with her Georgia gubernatorial loss in 2018, claiming that her work for voting rights has made her one of the “most significant” Americans.

Abrams told the churchgoers that she once believed it was wrong to mix church and politics, but was convinced by her mother that “politics is always in the church.” Her father, she said, told her that the Bible “is one of the most intense political texts ever written.”

CANADIAN PASTOR DEFIANT AS JUDGE ORDERS HIM TO PARROT ‘MEDICAL EXPERTS’ FROM PULPIT: ‘I WILL NOT OBEY’

“Voting is an act of faith,” preached Abrams, who exhorted her listeners to “do the job.”

McAuliffe made appearances at different churches and later joined Abrams at an outdoor campaign event.

Abrams’ exhortation echoed that of Vice President Kamala Harris, who urged parishioners to vote in a video that will be played during morning services in more than 300 Black churches throughout Virginia until Election Day.

“I believe that my friend Terry McAuliffe is the leader Virginia needs at this moment,” Harris says in the video, according to CNN. She also extols what she describes as McAuliffe’s “long-track record of getting things done for the people of Virginia.”

Critics have criticized political campaigning in churches as a violation of federal tax law, according to The Washington Examiner.

“In 1954, Congress approved an amendment by Sen. Lyndon Johnson to prohibit 501(c)(3) organizations, which includes charities and churches, from engaging in any political campaign activity,” according to the Internal Revenue Service (IRS). “To the extent Congress has revisited the ban over the years, it has in fact strengthened the ban. The most recent change came in 1987 when Congress amended the language to clarify that the prohibition also applies to statements opposing candidates.”

Neither church responded to Fox News’ request for comment in time for publication. 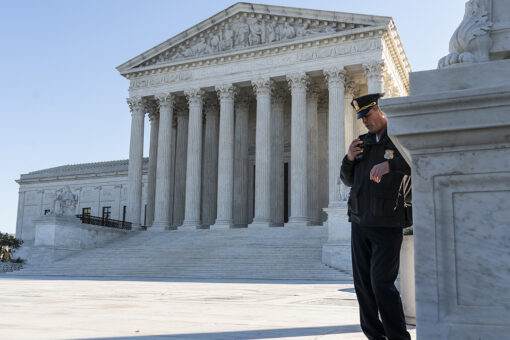 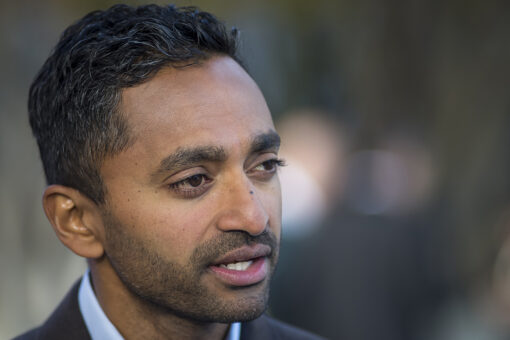 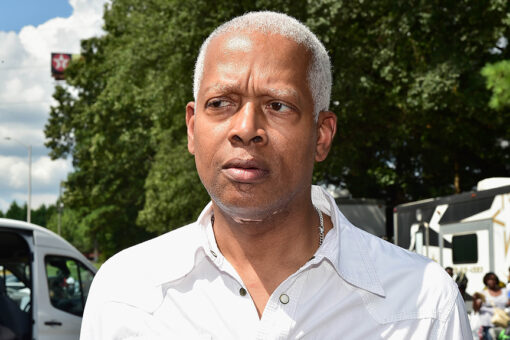