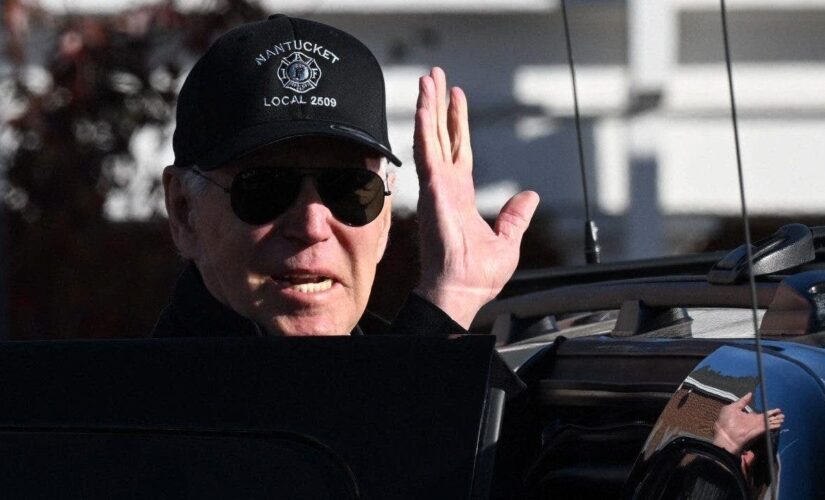 President Biden and first lady Jill Biden called into NBC’s coverage of the Macy’s Thanksgiving Day Parade Thursday, but the conversation got off to a rocky start.

NBC’s Dylan Dreyer greeted the president at the beginning of the segment, but the two parties struggled to connect for around 20 seconds.

“Can you hear me, Mr. President?” Dreyer asked.

“Oh, I was so worried this call wasn’t going to go through,” said Dreyer.

President Biden speaks with firefighters as he visits a Nantucket, Massachusetts, fire station to thank first responders during the Thanksgiving Day holiday, on Nov. 24, 2022.
(MANDEL NGAN/AFP via Getty Images)

The president and first lady eventually established a clearer connection and were able to talk about their yearly Thanksgiving trip to Nantucket, Massachusetts, where the Bidens met with and thanked emergency personnel.

“I want to say thanks to the firefighters and police officers, first responders. They never take a break,’ the president said after the connection was normalized.

President Biden waves as he leaves after visiting a Nantucket, Massachusetts, fire station to thank first responders during the Thanksgiving Day holiday, on Nov. 24, 2022.
(MANDEL NGAN/AFP via Getty Images)

“And God bless our troops for sure,” the Jill Biden chimed in.

“And by the way, we’re going to be talking to some of our troops later in the day, both here and abroad. I hope everybody remembers. We remember them every single day,” Biden continued. “God bless our troops for real!”

President Biden pardons Chocolate, the National Thanksgiving Turkey, as he is joined by the 2022 National Turkey Federation Chairman Ronnie Parker and Alexa Starnes, daughter of the owner of Circle S Ranch, on the South Lawn of the White House Nov. 21, 2022, in Washington, D.C.
(Win McNamee/Getty Images)

Biden pardoned two turkeys from North Carolina on Monday, “Chocolate” and “Chip,” which he said is his favorite ice cream flavor. 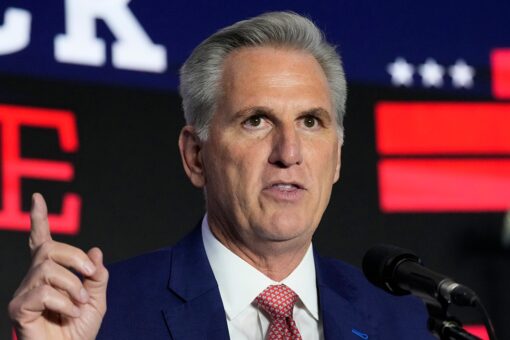 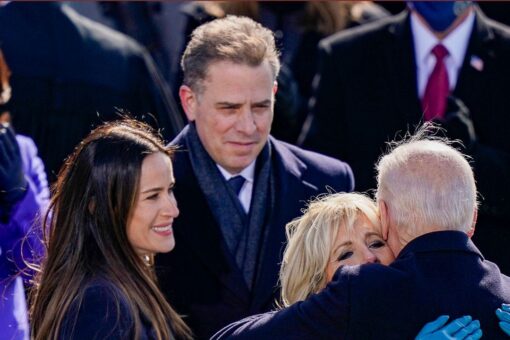 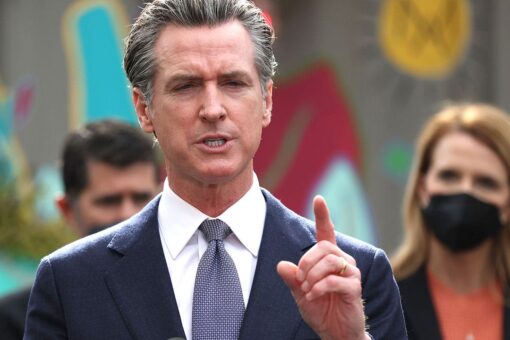