A woman who was held hostage during a shooting spree Saturday that stretched from Chicago to Evanston, Ill., reportedly died early Sunday, potentially bringing the death toll from the rampage to five – including the suspect – according to reports.

At least two other people, and possibly a third, were critically wounded, reports said. The shooting of a 15-year-old girl was still being investigated, according to police.

“But for the brave conduct of Evanston police officers, many more people would have been injured,” Chicago police Supt. David Brown told the Chicago Sun-Times.

“But for the brave conduct of Evanston police officers, many more people would have been injured.”

The suspect was identified as Jason Nightengale, 32. Authorities said he killed three people randomly in Chicago and wounded several others, then traveled to Evanston, north of the city, where he shot and wounded a woman at an IHOP restaurant before getting killed himself in a shootout with police, FOX 32 of Chicago reported. 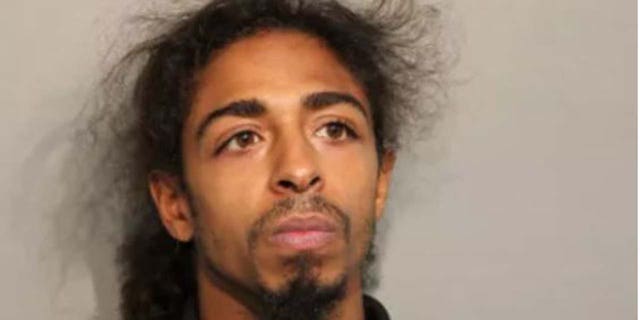 A woman who claimed to be Nightengale’s sister wrote on Facebook that he “hadn’t been in his right mind for a long time,” the Sun-Times reported.

A weapon was recovered when the gunman was killed, Evanston police posted on Twitter.

A Chicago Police mugshot showed Nightengale after a past arrest, wearing a security guard shirt and badge. He had been charged in five separate domestic violence cases but all were dismissed, the newspaper reported.

According to authorities, the spree began in Chicago’s Hyde Park section, where Nightengale shot a 30-year-old in the head, killing him. He then went to the Kenwood neighborhood, a short distance away, where he fatally shot a security guard after asking to use a phone at an apartment building, FOX 32 reported.

At the same location, police told the station, the gunman fired at a 77-year-old woman who was checking her mailbox. She was in critical condition with a gunshot wound to her head, according to the news station.

Nightengale then visited someone on the 19th floor of an apartment building, threatened that person and later stole their car. He then traveled to a convenience store to rob it, killing a 20-year-old man and critically wounding an 81-year-personin the process, according to FOX 32.

The gunman then drove off after exchanging gunfire with police at the convenience store.

Some time later, in the evening, police in Evanston – about 19 miles north – received reports of a man with a gun at a local pharmacy. As police arrived, Nightengale fled from the pharmacy to a nearby IHOP restaurant, where he took a woman hostage and shot her. She later died in a hospital, Chicago’s WGN-TV reported.

Dom Calicchio is a Senior Editor at FoxNews.com. Reach him at [email protected]