Family members of slain Capitol Police officer Brian Sicknick are urging the public not to make his death a political issue and to respect their privacy as they mourn his death in the line of duty.

“Brian is a hero and that is what we would like people to remember,” said his older brother, Ken Sicknick, in a statement to Fox News on behalf of the family. 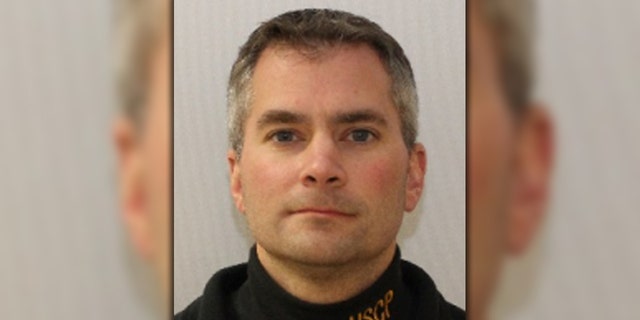 Capitol Police Officer Brian Sicknick, who died after Wednesday’s riot, could lie in honor within the Capitol Rotunda after sacrificing his life in the line of duty while trying to fend off rioters who breached the building earlier this week.
(United States Capitol Police)

The 12-year veteran of the Capitol Police died Thursday, a day after he was hurt during rioting inside the U.S. Capitol in Washington, according to authorities. Multiple law enforcement agencies are investigating his death as a homicide.

Sicknick was the youngest of three sons, born 42 years ago in South River, N.J.

He wanted to be a police officer his entire life, his brother said.

“He joined the New Jersey Air National Guard as a means to that end,” Sicknick continued. “In doing so, he served his country honorably in both Operation Enduring Freedom and Operation Desert Shield, of which my family is very proud.”

Stateside, he served with the 108th Air Refueling Wing out of Joint Base McGuire-Dix-Lakehurst in New Jersey, 20 miles south of Trenton.

He joined the Capitol Police in 2008.

“Many details regarding Wednesday’s events and the direct causes of Brian’s injuries remain unknown, and our family asks the public and the press to respect our wishes in not making Brian’s passing a political issue,” Ken Sicknick said. “Please honor Brian’s life and service, and respect our privacy while we move forward in doing the same.”

Lawmakers across party lines have mourned Sicknick’s loss, praising his service and sacrifice. He could lie in honor at the Capitol Rotunda.

House Speaker Nancy Pelosi ordered flags at the Capitol to fly at half-staff in his memory.

“Officer Sicknick is an American hero who gave his life defending our Capitol and this Nation will never forget or fail to honor the service and sacrifice of Officer Brian Sicknick,” Vice President Mike Pence said in a tweet Friday.

Previous Post Impeachment, Coronavirus, 52 Places: Your Friday Evening Briefing
Next Post Biden says Cruz and Hawley are part of ‘the big lie’ while senators say they are being called Nazis